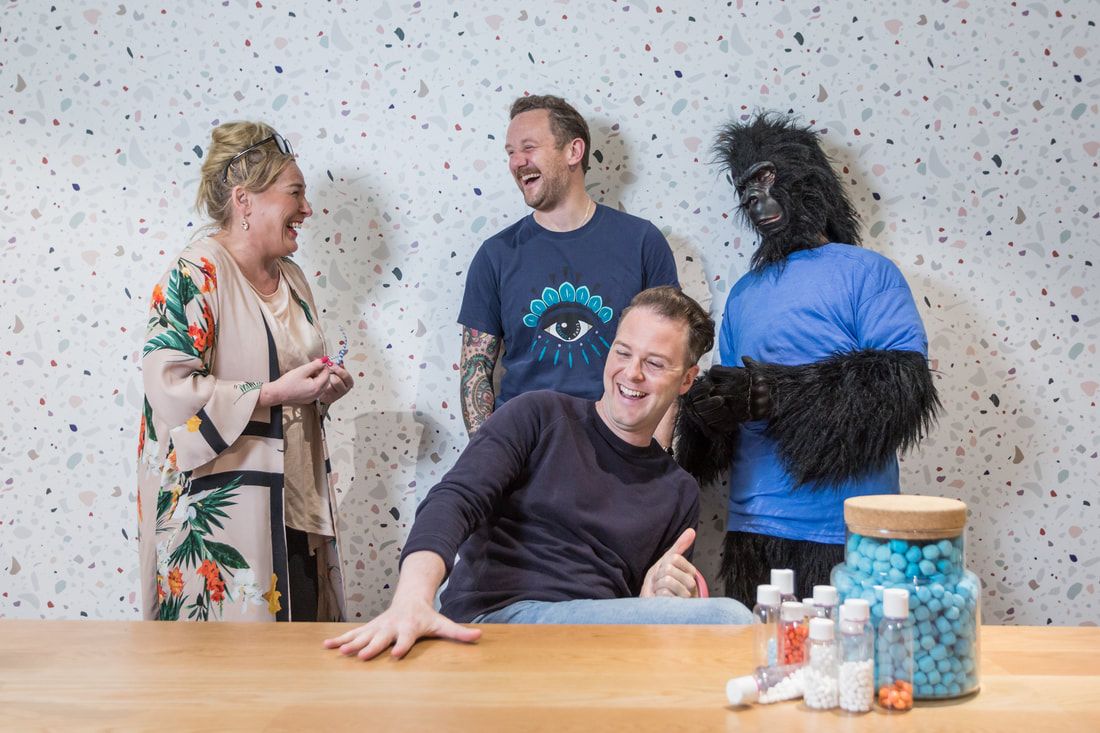 Madhouse is based on the unbelievable true life story of comedian PJ Gallagher.

When PJ was ten, his Ma, a nurse, moved six men with schizophrenia into the family home to care for them full time. Many psychiatric institutions were closing down and there were few places for long term residents to go. She did everything for them from administering their medication to cutting their hair.

It was like this. When you went through our front door and turned right, you were in mad land, where the mad lads lived. And when you turned left - me, Ma, Da and the dog.  And me like a little waiter running down with their pills and dinner, a plate in each hand. It was madness. Absolute madness.

Written by Una McKevitt and PJ Gallagher, Madhouse was a smash-hit sell-out critical success when it premiered at Dublin Fringe in September 2018. Starring Katherine Lynch and Shane O’Reilly, and directed by Una McKevitt, Madhouse will tour to 13 venues across Ireland this autumn running 23rd October-23rd November.

The first time we did the show I was nervous what my Ma would make of it,” says PJ, “but she absolutely loved it, so I’m excited for the tour now. Having lived through the madness I reckon I might as well try and make a few quid from it!
​
⭐ ⭐ ⭐ ⭐ ⭐ Madhouse is crazy good. It's a pacy, brilliantly written production full of PJ's trademark humour. www.dublinlive.ie
⭐ ⭐ ⭐ ⭐ A comic coming of age story. Irish Times
It's a joyously kind, touching piece and very funny. Sunday Independent
Katherine Lynch plays Ma to martyred perfection. Sunday Times
The story is a fusion of penetrating insights of behaviour patterns and standup - the spirited yet loving mother, son portrayal works exceptionally well….Sunday Times
Madhouse transitions and balances the funny with the dark excellently well. Strong performances easily captivate the audience throughout.  Meg.ie
Madhouse smartly plays with the dichotomy of lunacy and sanity…who’s mad anyways?  A biopic romp based on the life of comedian PJ Gallagher; it’s just ridiculous enough to be true. The show reveals that normalcy is an illusion and adolescence is bizarre.  Fringereview.co.uk